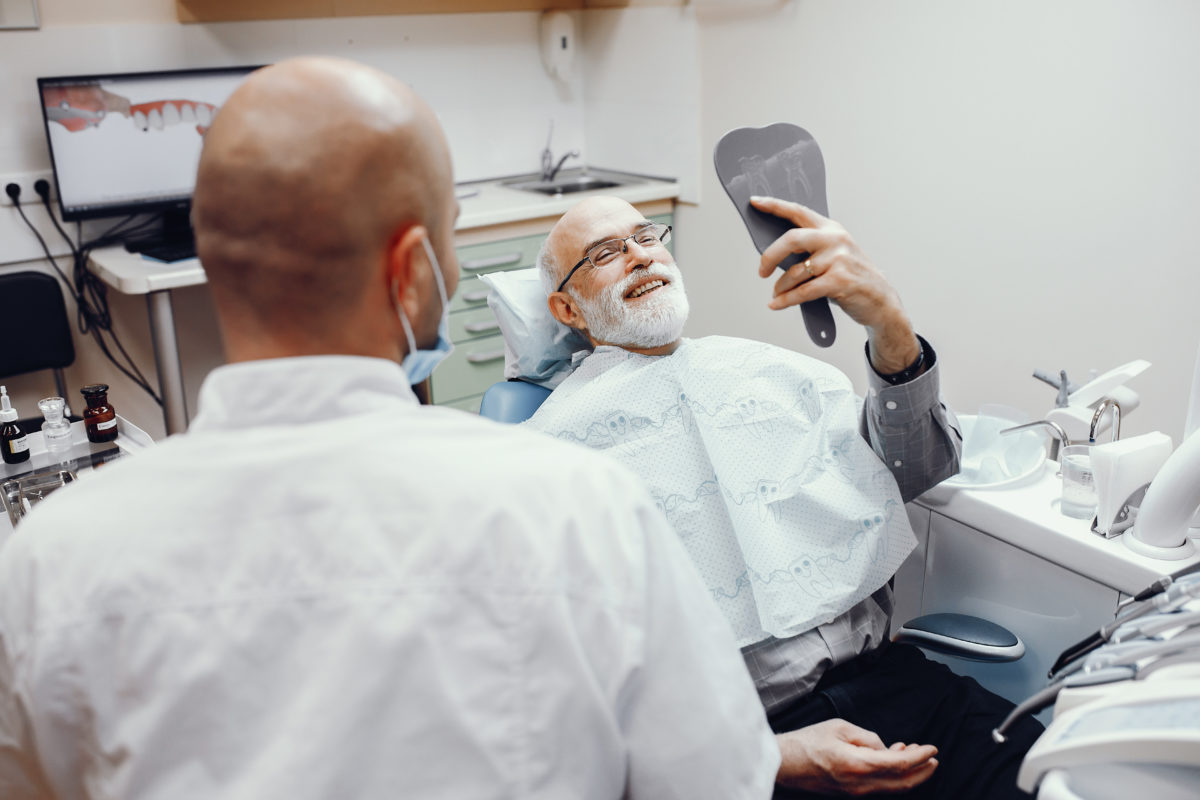 Teeth, gums, and the remainder of the oral cavity require special attention and care if you want to live a long and healthy life.

Your mouth isn’t an exception to the fact that aging isn’t always attractive. A century ago, the necessity for dentures in older age was nearly unavoidable. Even though three-quarters of adults over the age of 65 still have part of their natural teeth, older people continue to have greater rates of

While these issues don’t cause celebration, you can do a lot to maintain your mouth looking and feeling younger than its years.

Teeth are really powerful. Your molars can withstand more than 200 pounds of strain. They are, however, not indestructible. A lifetime of crushing, chewing, and grinding takes away the enamel’s outer layer, flattening the biting edges.

These are some of the reasons that degrade the protecting enamel, also affect tooth surfaces. Enamel deterioration can pave the way for more significant tooth issues. A fracture or break on the outer surface of the tooth exposes the sensitive pulp tissue to causing inflammation.

The Effect of Age and Your Oral Cavity

Only that now you have some grey hair doesn’t mean you’re immune to cavities. People over the age of 65 currently have a higher risk of dental decay than kids.

In older individuals, the area surrounding the tooth’s neck, next to the gum line, is a major target for dental caries. As the gum tissue recedes with age, the delicate root tissue becomes revealed.

Furthermore, individuals who lived up before the introduction of fluoride treatments and dental sealants frequently have restorations from childhood and teenage years that eventually fail. Decay around the borders of the fillings is another issue.

While there isn’t much you can do to slow the natural deterioration of the tooth surface, the cornerstones of cavity correction

These remain the same at any age. People who have difficulty brushing and flossing their teeth by hand due to arthritis or other limitations should use an electric toothbrush.

Fluoride, which is present in toothpaste, mouth rinses, and certain towns’ tap water, aids the body in rebuilding the constituents that make up dental enamel and may also prevent bacteria-laden plaque from sticking to the teeth.

Fluoride rinses and gels, as well as varnishes given by a dentist, may be able to halt and, in some circumstances, reverse the course of root decay.

Things to Consider for a Better Dental Health Ahead

Although age is not a cause, the periodontal disease generally progresses slowly and stays unaddressed for decades, causing more severe issues in the seventies and beyond.

Periodontal disease, fortunately, may be treated at any age with a mixture of scraping to eliminate hardened calculus and diseased gum tissue, antibiotics, and, if necessary, surgery.

The chance of acquiring oral cavity cancer rises with age and cigarette use, as it does with many other malignancies. The early indicators of mouth cancer are sometimes inconspicuous and easily overlooked.

Other illnesses that produce blisters all around the mouth, such as herpes and yeast infections, are more common in the elderly. These disorders are frequently unpleasant and can impair one’s ability to eat, speak, or swallow. Although they are harmless, they might be mistaken with the initial phases of oral cancer.

While it may seem trivial, the cocktail of medicines that the elderly generation is used to consuming might cause a side effect or two. With that being said, one of the first aspects that might get hindered is the production and movement of saliva.

Be it through dehydration or simply as a direct side effect, keeping your mouth, teeth, and gums moist, through water or saliva is a good start to the proceedings. Having a dry mouth might lead to mouth sores which are not very fun to deal with.

previousWhat Exactly Is A Sweet Tooth? How to Overcome Sugar Cravings